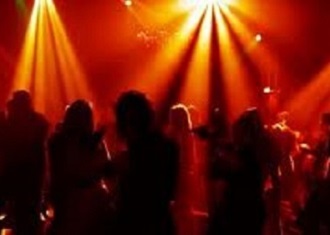 What is the Difference Between Salsa Night and Latin Night

When I began learning Salsa, I looked for every opportunity to go out Salsa dancing that would fit into my schedule. One time I got an invitation to a “Latin Night.”  I went and they played very little Salsa. I was confused difference between Salsa Night vs Latin Night. That experience led to the question: What exactly is a Latin Night and how does it differ from a Salsa Night? The differences fall into the categories below. DJ’s on a Salsa Night will play Salsa from 60% of the time or more. The rest of the night will be mixed with Bachata, Merengue, and Cha Cha. Whereas a DJ on a Latin Night will play approximately 10% Salsa music throughout the night and mix the rest with Bachata, Reggaeton, Merengue, Pop, and perhaps Cumbia.  The volume of music on a Latin night is significantly louder.  Salsa DJ’s generally do not mix songs together for Salsa Nights.  Salseros usually prefer cleaner breaks between songs to facilitate ending a dance with one partner to move on to another one.

In large part, a Salsa Night will have a dance crowd that is there specifically for Salsa dancing.  A Latin Night will have an array of people that are mostly into Bachata, Reggaeton and Merengue and may not even know how to dance Salsa.  At a Latin Night it is more common for women to dance together and more common for guys to be turned down on their request for a dance.  Often at a Latin Night, a guy will have his date figuratively handcuffed to his side, so as to prevent her from dancing with anyone else.

At a Salsa Night, you will find a mixture of all ages starting as young as a college student through retirement age, with the average age being about 33.  A Latin Night tends to attract an average age around 24.  As for the ethnic make-up, a Latin Night will be a dominantly Latin crowd made up of Hispanic-Americans, as well as Hispanics from Mexico, Central America, and South America.  In comparison, a Salsa Night will attract Latinos whose heritage comes from the Caribbean where Salsa has its roots.  While the numbers vary from city to city, a typical Salsa crowd in urban America is roughly comprised of 30% Latinos, 20% black, 20% white, with the balance split between people from various parts of Asia and the Orient.

Another difference is that Salsa events will also have a higher percentage of returning dancers from week to week.  Latin Nights will generally generate a larger crowd but have a lower rate of return on the same dancers each week.

The venue will often set a standard for the dress code.  On a Salsa Night there is a tendency to be a bit more casual in dress styles compared to a flashier appearance of the average patron at a Latin Night. Salsa dancing has an influence on this because certain types of dresses and tops interfere with the freedom of movement required in this dance.  Also the nature of Salsa calls for a heel height in which a lady can dance safely and comfortably.  This is of a lesser concern on a Latin Night where the dances are less physically demanding.  Also note that there are some high-end Salsa clubs where folks will dress to impress but usually a Latin Night focuses more on being there “to see, and be seen.”

With Salsa, the dominant motive is to enjoy the beauty of the Salsa dance.  With this view in mind, Salsa dancers are usually more open to dance as much as they can and even with people they don’t know. During a Latin Night, the primary focus tends to be more towards socializing and enjoying the company of friends and new people you may meet. However, there is a stronger inclination at a Latin Night for people to only dance within their existing social contacts. Dancing to Bachata, Reggaeton and Merengue serve as a means of socializing with these people rather than being an end in itself.  Think of a Latin Night as more of a Party Night.

Latin Nights are generally more dimly lit and accented with strobe and other lighting effects as well as significantly louder music. Salsa is more dependent on the ability to see hand requests from your partner and to know where you are leading your partner. As such, darkness and lights flashing in your eyes at the wrong time hinders a quality Salsa dance and may jeopardize safety at times.

“White Lightening” is what my grandparents used to call that strong alcohol the old timers would secretly brew in their basements. Many salseros enjoy their strong drink but will also consume lots of water. This is so because the dance calls for a strong sense of balance.  This is contrasted against the more liberal flow of liquid courage at a Latin Night. There is a higher need for designated drivers and cab fare at a Latin Night than there is at a Salsa Night.

In response to the strong influence of fire-water on their guests, restaurant and club owners report that they have regular security issues on Latin Nights and Hip Hop Nights.  They state that they rarely have security issues with a Salsa crowd.

So now you know the differences between a dance venue that is advertised as a Latin night compared to one that is promoted at a Salsa night. Now with that knowledge, go out and have a great time wherever you choose to party.

Talk Back:  In what ways are Latin Nights different from Salsa Nights where you live?  Which do you prefer and why? Let us know in the comments below.